What are colon polyps?

Most polyps are not dangerous. Most are benign, which means they are not cancerous. But over time, some types of polyps can turn into cancer. Usually, polyps that are smaller than a pea aren't harmful. But larger polyps could someday become cancer or may already be cancer. To be safe, doctors remove all polyps and test them

What are the symptoms?
Most small polyps don't cause symptoms. Often, people don't know they have one until the doctor finds it during a regular checkup or while testing them for something else.
But some people do have symptoms like these:

If you have any of these symptoms, see a doctor to find out what the problem is.​

How does the doctor test for polyps?

The doctor can use four tests to check for polyps:

Who should get tested for polyps?

Talk to your doctor about getting tested for polyps if:

How are polyps treated?

The doctor will remove the polyp. Sometimes, the doctor takes it out during sigmoidoscopy or colonoscopy. Or the doctor may decide to operate through the abdomen. The polyp is then tested for cancer. If you've had polyps, the doctor may want you to get tested regularly in the future.

How can I prevent polyps?

​Doctors don't know of any one sure way to prevent polyps. But you might be able to lower your risk of getting them if you:

Some doctors think that aspirin might help prevent polyps. Studies are underway. 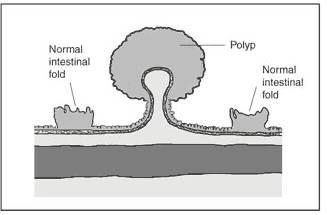 Anyone can get polyps, but certain people are more likely than others. You may have a greater chance of getting polyps if:

You may also be more likely to get polyps if you: 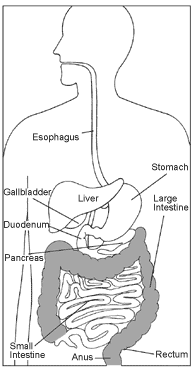